Born to poor parenst in a family of about 17 siblings, Jimoh Ibrahim is today the most inspiring Businessman in Nigeria, and possibly in the world.
Inspiring in that he loves urging people to do what he did-which is a near overnight success. 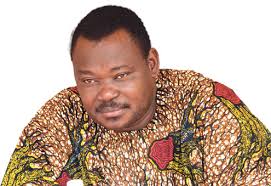 Officail story is that he made his first millions while studying law at O.A.U when he ran seminars for all local governments on taxation.

He came into the limelight in 2002/2003 when he contested for the Governorship post in Ondo State on the platform of the ANPP.

After that he quite politics, and started Global Fleet-a petroleum marketing company. His strategy was to acquire rather than build-so he acqires filling stations, instead of building from scratch.As of this month, he has over 250 of such stations and recently he got licenced as an Independent Marketer.

He also in the last 1 year bought Great Nigeria Insurance-sold it for profit, then bought Nigeria's number 1 Insurance firm-NICON.

He also bought EAS Airlines and renamed it NICON Airlines. And bought the Meidan Hotel in Lekki-renaming it NICON Hotel.

He equally has a furniture making company in VGC that brings in income in the hundreds of millions.

His rapid expansion is traced to his ability to borrow from banks and PAY ON TIME-indeed faster than they expect, so banks are eager to lend him.

His worth: cant say-but he controls assest and businesses worth over 100 Billion Naira.

He delivers free lectures through City People on how Nigerians can start from nothing to make millions in any business.It usually holds once a month at Excellence Hotel, Ogba.

Jimoh Ibrahim to me is the present and future of Nigerian Business.