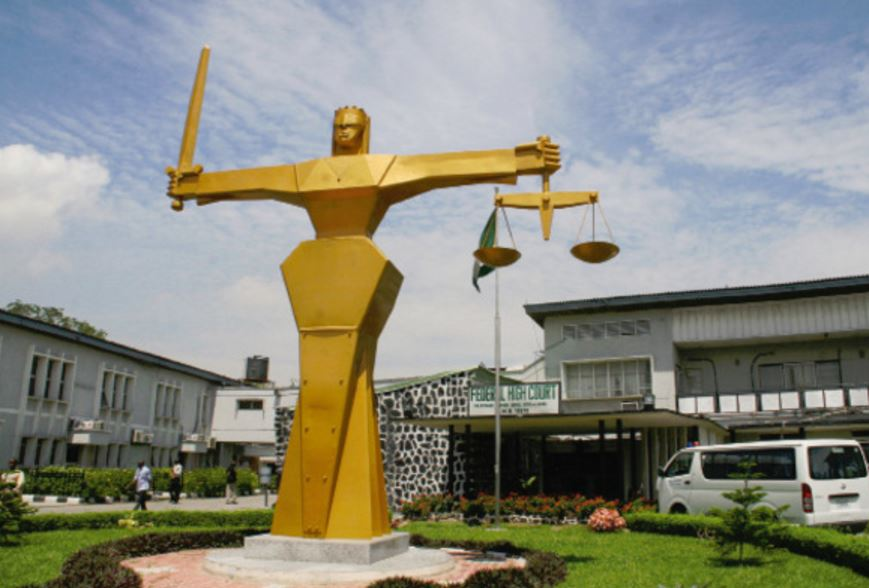 Although the need was noted during the constitutional Conference leading to Independence, to establish a High Court for the determination of causes and matters within the Exclusive Legislative list, as is the customary in countries with the Federal System of Government, no step was however taken in that regard until the promulgation of the Federal Revenue Court Decree in 1973.

The Court as Federal Revenue Court (began with a President as the head of the court was then called) and four judges.

From its inception, controversies over its jurisdiction dogged every step of the Court. However, such controversies were finally settled with the enactment of Section 230(1) of the Constitution of the Federal Republic of Nigeria 1979.Section 231 of the 1979 Constitution was replicated in the Federal High Court decree (Amendment) 1991(60) which amended Section 7 of the Federal High Court Act (1973); and conferred exclusive jurisdiction on the court in relation to the subject matters covered by section 7 of that Act, as amended.

To facilitate the expeditious determination of Civil Causes and Matters before the Court, the Federal High Court (Civil Procedure) Rules 2000 was enacted by the Chief Judge of the Federal High Court pursuant to Section 254 of the Constitution of the Federal Republic of Nigeria, 1999 as amended. The new Rules have several innovative provisions which cover all aspects of practice and procedure before the Court and have a (Fundamental objective) for a (just and expeditious disposition of cases) in view.In 2011, a new Admiralty Procedure Rules were made by the Chief Judge in order to aid a more expeditious hearing of maritime claims in which the Federal High Court has exclusive jurisdiction and which claims as with intellectual property rights, trade marks, patents and designs sometimes have international dimension which may involve foreign companies and interests.

The Federal High Court as a premier Court of first instance has recorded impressive growth since its inception in 1973 and has become, unarguably an important pillar amongst the Courts in the Federal Judiciary of Nigeria.From the pioneering Five Judges, the Court now has Six-Nine(69) Judges. The Court has also grown structurally in terms of opening new Divisions in almost all the States of the Federation with Lagos state with two divisions having regard to the volume of cases filed there as the (Commercial Capital) of Nigeria. The Court established Three Judicial Divisions within Two Years of its creation. Now, the Court has thirty-Six Judicial Divisions,spread across in thirty-six States of the country.

The Court has put up its own Building in the following twenty-four Divisions and in 2009, moved to its Headquarters in Abuja.

These are the Following Divisions with the court with Building: