The Yoruba movie industry has survived different generations of actors and still managed to remain relevant in the country’s entertainment sector. This achievement cannot be unconnected to the activities of the practitioners, who have kept up with the pace despite the many challenges. In this feature, Nigerian Entertainment Today highlights, in no particular order, 10 most popular and reigning actors in the industry. 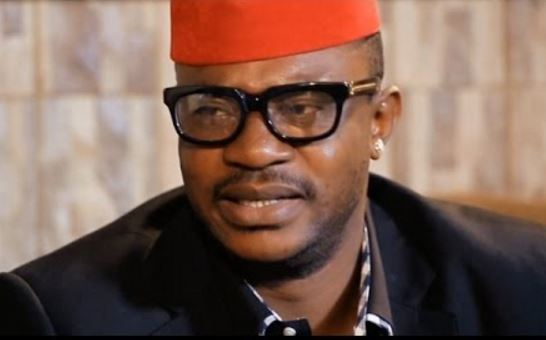 Odunlade Adekola’s journey into acting began during his early days as a young boy in Abeokuta, Ogun State, where he was born and raised. He and his friend, Tunde used to request to play jesters at functions and ceremonies, an experience that built in him the right foundation for what is to become his career years after. He soon met with Abeokuta based actor, Late Isola Durojaiye popularly called Alasari, who further helped him brush up his talents and gave him the right exposure. Adekola began his professional career in 2005 and in less than two years, he had acted alongside the top shots and grown to become a popular face.

The movie, ‘Asiri Gomina’ gave him his first big break and ‘Sunday Dagboru’, further endeared him to movie lovers. As an actor, Adekola has appeared in over a hundred movies and has produced a few including ‘Farapamo’, ‘Emi nire Kan’, ‘Fayebora’, I’la Owo’ and ‘Baba Super’. He is widely acclaimed to be the most versatile of the Yoruba actors and this is unconnected to the way he delivers in both comic and serious characters. Arguably, he stands tall as the highest paid actor in the Yoruba film sector. He is married to Abosede with whom he has three kids. 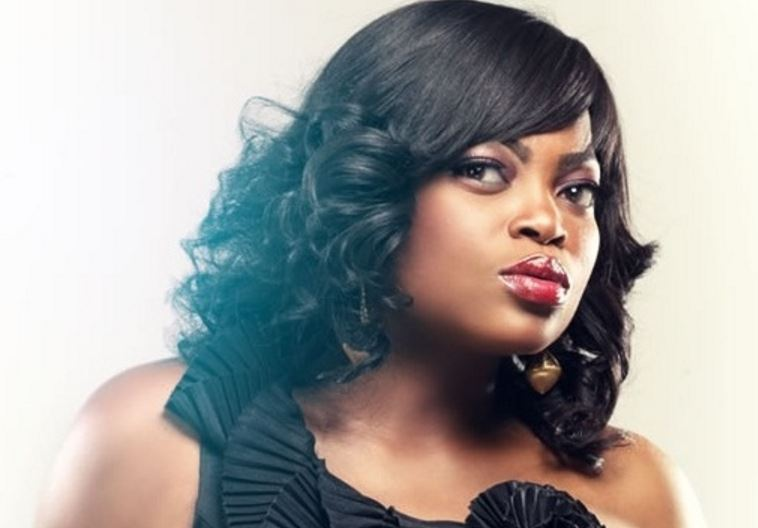 37-year-old Funke Akindele stands tall as the only Yoruba actress to have won an AMAA Best Actress in leading role award for her 2009 movie ‘Jenifa’. She also is the one with the highest endorsement, one of the reasons she is often tipped to be the richest amongst her colleagues. All of these did not come all of a sudden for the Lagos State born actress.

Akindele started acting on a big scale, playing Bisi in the United Nations sponsored series, ‘I Need To Know’ alongside Caroline King and other popular actors. She returned to the movies after bagging her Law degree from the University of Lagos. She has featured in over 100 movies and owns her movie production outfit, Scene One Productions, from which she released her 2009 hit ‘Jenifa’ and other movies like ‘Omo Ghetto’, ‘Ojo Ketala’ and others.

Expectedly, her short lived marriage to Kehinde Almaroof fetched her controversies but didn’t seem to have an adverse effect on her career as she gathered more endorsement deals and movie roles. 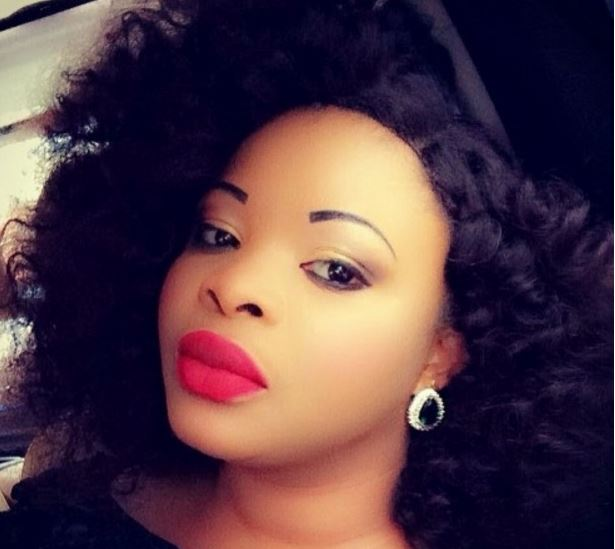 Business woman, actress and movie producer, Dayo Amusa is the first child of her family. She was born and grew up in Surulere Lagos to Engineer father, Kolawole Amusa. She began her foray into Nollywood in 2002 and has since then managed to become a popular face, clinched a few awards and even produced about eight movies including ‘Dewunmi Iberu’ and ‘Ajegbodo’ via her Amzadol Productions. Her latest effort entitled ‘Unforgivable‘ was directed by Desmond Elliot and featured Mike Ezuoronye, a move she said was to help bridge the gap between Yoruba and English actors. 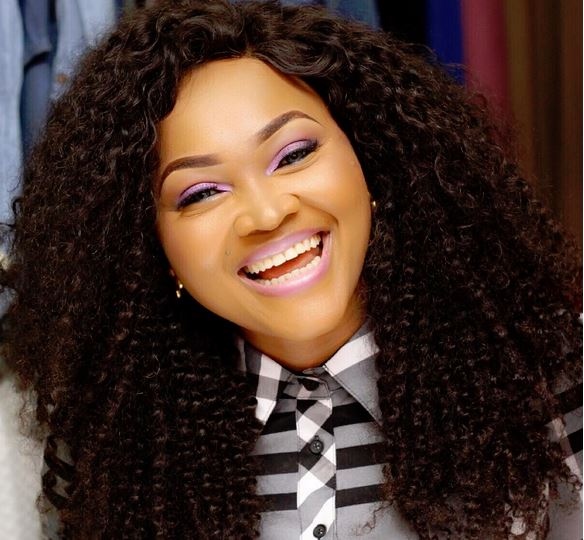 Since she starred in her first Yoruba movie alongside Yinka Quadri in 2002, Mecry Aigbe-Gentry has become a household name. Popularly referred to as Osas, Aigbe attended Comprehensive High School, Maryland, Lagos, The Polytechnic Ibadan and finally University of Lagos where she studied Theatre Arts.

She hit the limelight after featuring in the Wemimo Film produced movie, ‘Ara’ and has featured in well over 70 other movies and has produced some, the latest of which is ‘Life After Marriage’, which features Ghanaian actress, Juliet Ibrahim. In 2009, she was named Best Yoruba actress by City People Awards and Afro Hollywood Award, U.K. She achieved the same feat in 2012.

Her 2011 movie, Osas (Omoge Benin) dragged to her door step a lot of controversies as many alleged she jacked the idea from Jenifa, a movie produced by Funke Akindele but Aigbe is quick to refute such claims.

She is married to Larry Gentry and has two kids. 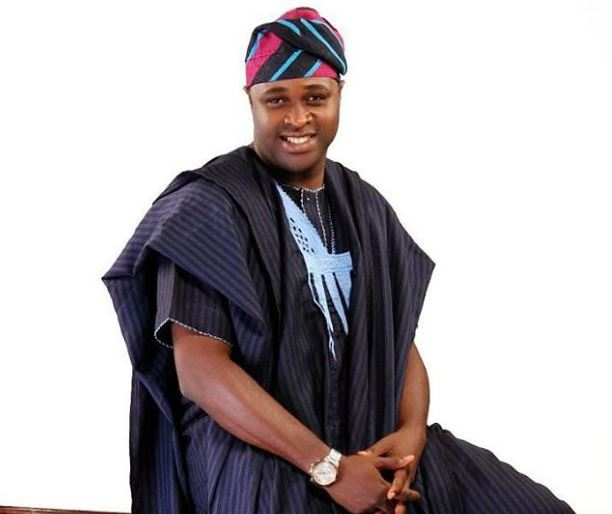 Femi Adebayo’s success in the world of movie making didn’t come as a surprise to many considering his relationship with veteran actor, Adebayo Salami (Oga Bello) and the success of his some of his siblings involved in movie making. Adebayo, popularly called Jelili following the success of his 2011 comedy, ‘Jelili’ got his first major role in 1996 in the movie ‘Owo Blow’ directed by Tade Ogidan.

He took a break shortly after to complete his academics and returned 10 years later after which he began to feature in several movies. He has since featured in about 100 movies, won several awards and produced over 10 movies including ‘Sonto Alapata’, ‘Ile Alayo’, Jelil. He owns a theatre school, J15 where he trains individuals interested in the business of film making

Unarguably, he isn’t only one of the most sought after actors but also one of the richest. He is quick to talk about his investments as well as the cost of his cars, phones, gadgets, and fashion pieces which usually run into millions. He is married with three children. 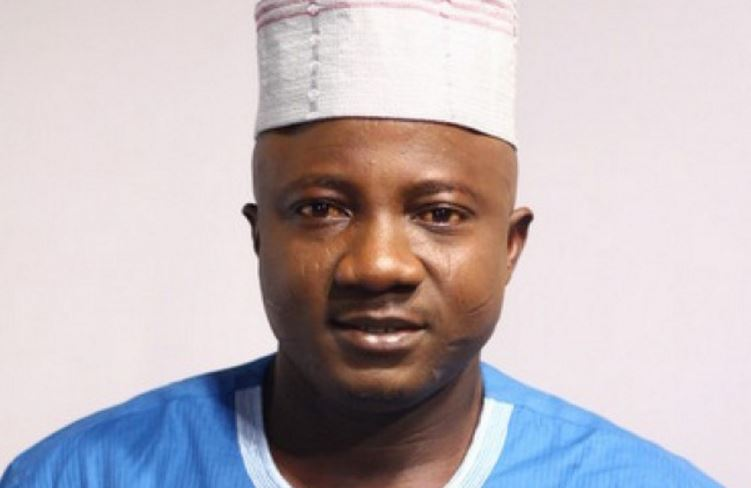 Olaniyi Afonja is popularly referred to as Sanyeri amongst movie lovers and is credited to have brought a fresh air to how comedy is served with his ‘Muniru ati Ambali’ movie.

He started acting in 1992 with a Theatre group with which he performed at different towns which further endeared him to the profession, so when his parents objected to the choice, he was head strong. He relocated to Lagos in 1996 and joined the Ajala Jalingo theatre group.

Since his foray into the industry, he has continued both as an actor and producer with movies including ‘Aina Orosun’, ‘Oro Asoti’ and the 2011 comedy, ‘Opa kan.’ 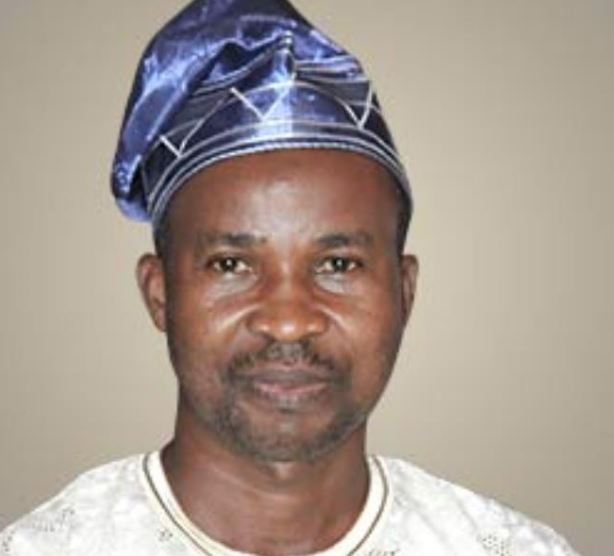 Alhaji Wale Akorede became famous in the Yoruba movie industry after his involvement with Olaniyi Afonja and Muyiwa Ademola.

Widely known as Okunnu for his role in one of the films he featured, the actor has in his kitty over 100 movies.

His ability to evoke laughter out of the audience won him the spot in the heart of several movie lovers, who enjoy his comic roles in movies.

Okunnu’s face is seen in 6 out of every 10 Yoruba movies released in Idumota.

Though he’s yet to win himself an epic role in big budget movies, Okunnu is arguably one of the popular actors in the Yoruba movie scene at the moment. 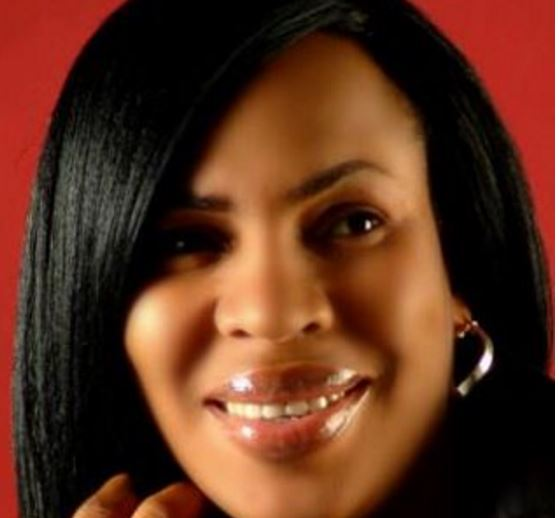 Not even her 2006 messy divorce with hubby, Saidi Balogun could slow down Fathia Balogun’s progress in her chosen profession. The 45-year-old actress till date remains one of the most featured actresses in the Yoruba sector despite being a native of Delta State.

She graduated from Maryland comprehensive High School, Maryland, Lagos State, Nigeria and proceeded to Kwara State Polytechnic in Kwara State, Nigeria. Her character in the Wale Adenuga Productions produced Super Story fetched her accolades from TV lovers and further intensified her position as a cross over actress. She has since featured in over 70 movies including ‘Yemoja’, ‘Ito Funfun’, ‘Jawonbe’ and won several awards. 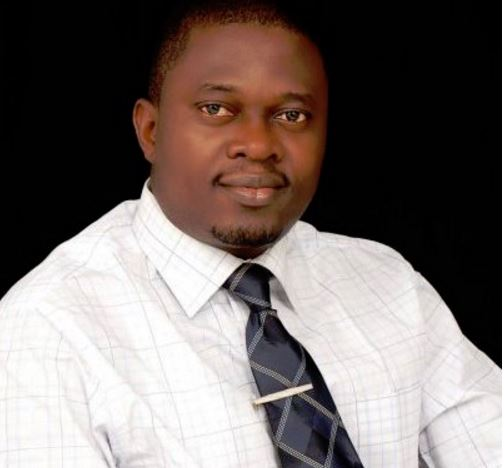 For Muyiwa Ademola whose father is a clergy man, choosing to become an actor had to come with some element of doggedness to convince his parents. The Oyo State based actor has since proven himself as a grounded actor, standing tall as one of the most respected actors. He has delved into production and directed popular movies including ‘Ori’ in 2004, ‘Igi Owo’ in 2009 and ‘Ise Imole’. 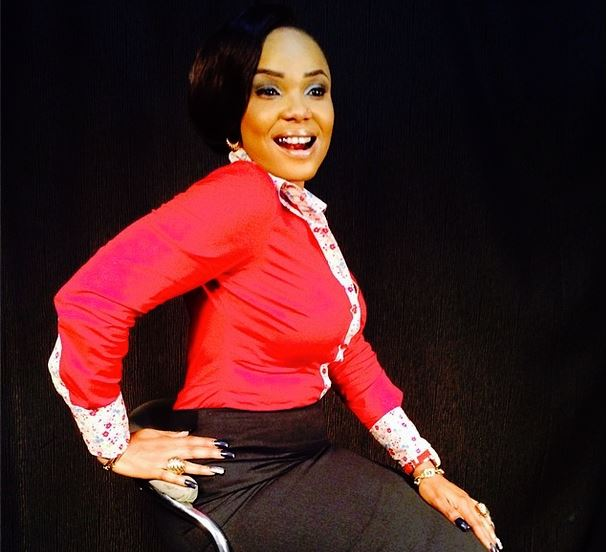 Iyabo Ojo is a graduate of Lagos State Polytechnic where she studied Estate Management. She was introduced into the industry by Bimbo Akintola in 1997 and starred in Keppy Ekpeyong’s movie, ‘Satanic’ in 1998. After her short stint, marriage and motherhood took her off the scene and in 2001, she returned but this time, pitched her tent with the Yoruba industry. She joined the Odunfa caucus which had the trio of Yinka Quadri, Taiwo Hassan and Abbey Lanre as co-ordinator.

A few months after, she got a role in Quadri’s 2002 movie ‘Baba Dariji’ won and soon started producing movie herself. Some of her movie includes ‘Bolutife’, ‘Esan’ and ‘Arinzo’.