Nigerian music industry is the biggest on the continent. However behind all the popular tunes and big stars are some producers who put their best into making these songs fantastic pieces.

Here are the top 7 producers at the moment. 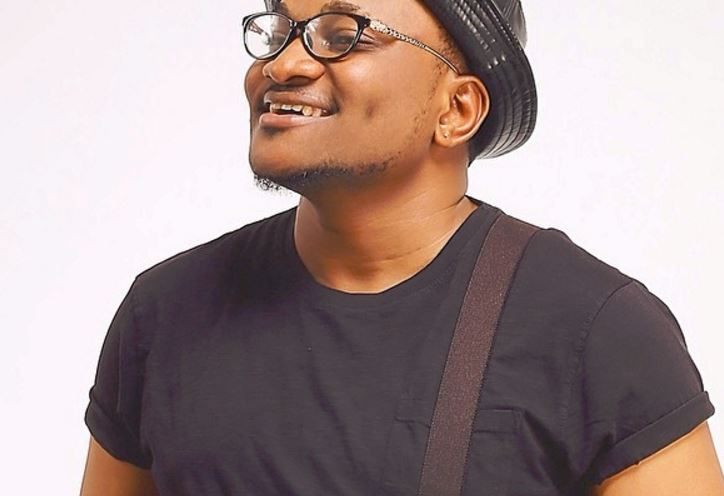 Masterkraft no doubt is a master of the craft when it comes to music production. Born Sunny Nweke, Masterkraft started production many years ago and can be credited for many popular songs that have buzzed the Nigerian music scene. The producer who is also the boss of General music is the producer of songs like Timaya’s ‘Ukwu’, Iyanya’s ‘Away’ and the hit single ‘Indomie’ which

Nigerian music industry is the biggest on the continent. However behind all the popular tunes and big stars are some producers who put their best into making these songs fantastic pieces. 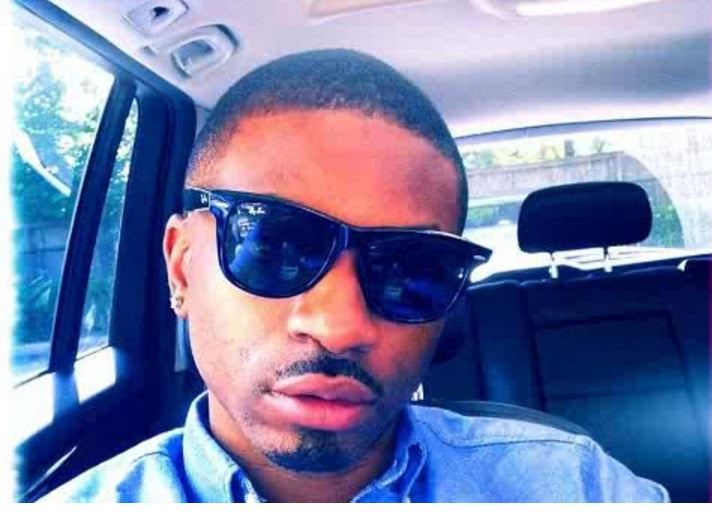 Seyi Akerele better known as Shizzy first came to our consciousness when he produced Davido’s hit single ‘Dami Duro’. The HKN producer has however gone on over the years to prove to us that he is not a fluke. Shizzy has produced most of Davido’s songs including Gobe, Skelewu and Tchelete featuring Mafikizolo as well as ‘I love my baby’ by Star Boy boss, Wizkid. He is also the producer of label boss, Davido’s ‘Fans Mi’ which features American rapper, Meek Mill. 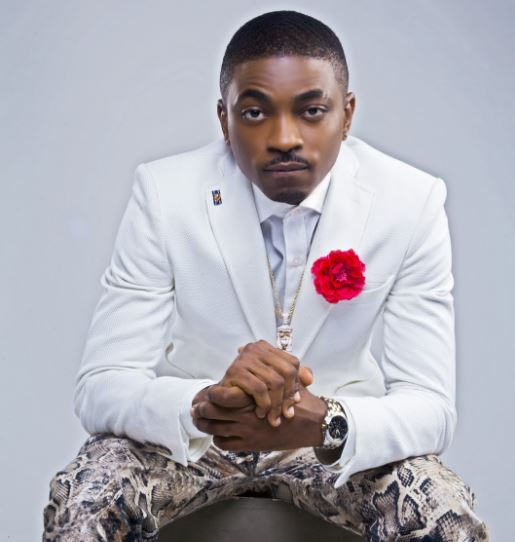 Wizzy Pro might not have been on the music scene for a long time but the caliber of songs the young man has produced put him among the top producers at the moment. Real names Nifu Haruna, Wizzy Pro is the producer of Patoranking’s Alubarika and Girlie O as well as Phyno’s O Set which features pop duo, Psquare. His single, Emergency which features Skales, Runtown and Patoranking is also a party banger which has rocked clubs and parties. 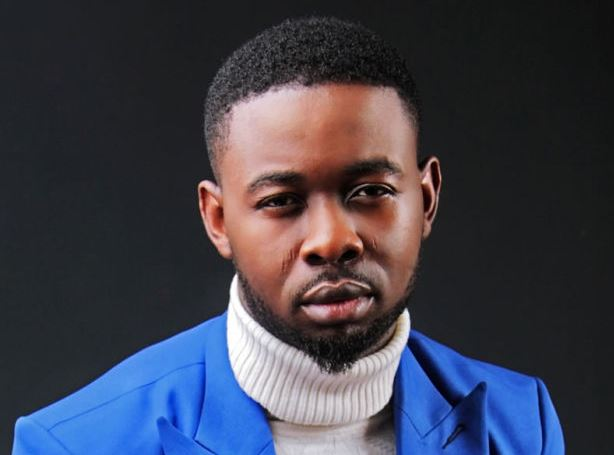 Sarz is no longer a new name on the Nigerian music scene as the Edo born producer has won several awards for songs he produced. Osabuohen Osaretin’s production for Wizkid’s Jaiye Jaiye, Expensive Shit and several others have continued to make him one of the most sought after producer in the country. 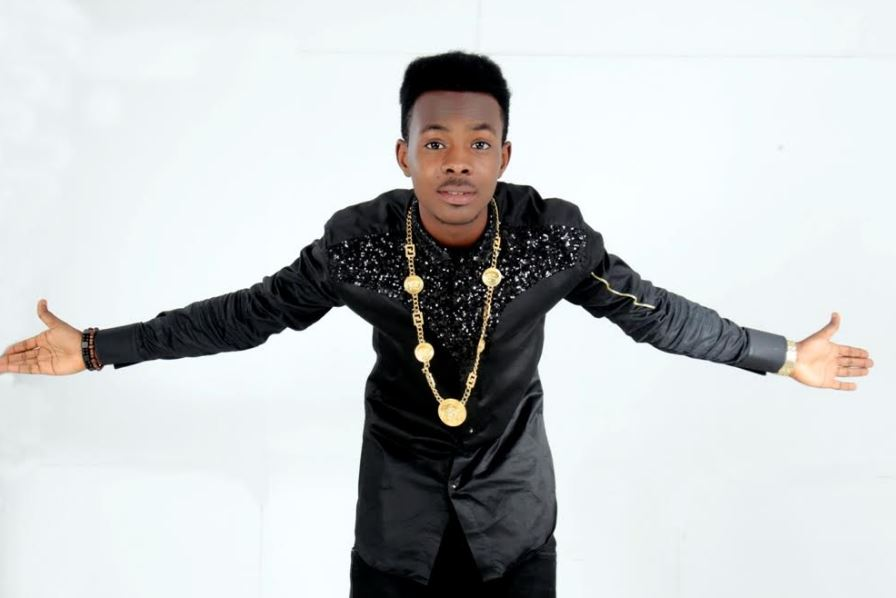 From Shakiti Bobo to Gbese, Story for the gods and many others, Young John the wicked producer has proven that he is young but absolutely magical with his fingers. The Akwa-Ibom native is signed unto Olamide’s YBNL and is responsible for most songs that have been released by the label’s acts in recent times. 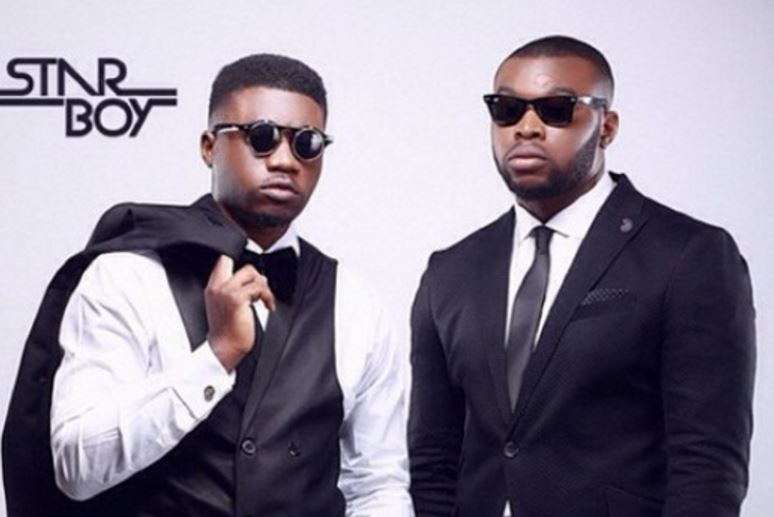 The Oniko brothers known as Legendury Beatz no doubt can be named as being part of the best producers Nigeria has had since the growth of pop. The duo of Uzezi and Okiemute have since their emergence on the music scene produced popular hits like Azonto, Caro, Ojuelegba by Wizkid as well as several other award winning songs. 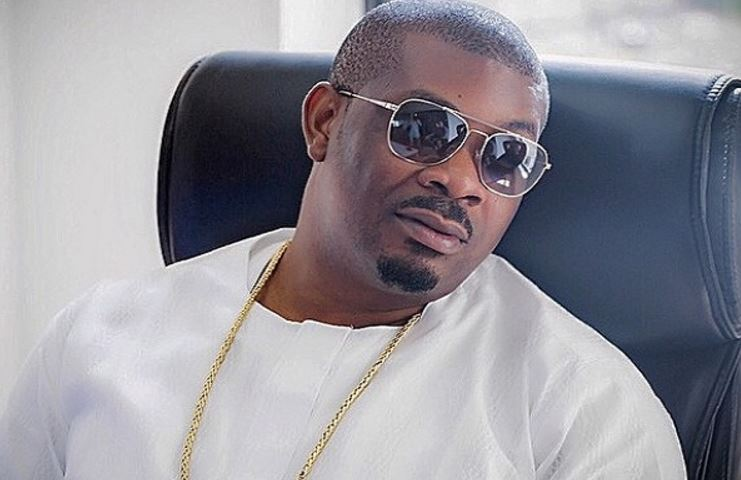 Now who else deserves the top spot but the Mavin boss himself. With over a decade stay at the very top spot of the Nigerian music industry, Don Jazzy’s prowess as a producer cannot simply be quantified with words. With popular tracks like D’banj’s debut album, ‘No Long Thing’ and 2 others ‘RunDown Funk U Up’ and ‘The Entertainer’. Don Jazzy is also responsible for several hits like Surulere, Godwin, Dorobucci, Kataput and many others.