The aspect of "Nigerian" music which is of interest here is theatre music. This is because a cormprehensive treatment of the country's music is impossible within the scope of the present work. Such a treatment would have to undertake a survey of traditional musical forms (instrumental and vocal in the very many Nigerian cultures; it will also be concerned with modern musical types in religion and social contexts like the church, the mosque and the night club. 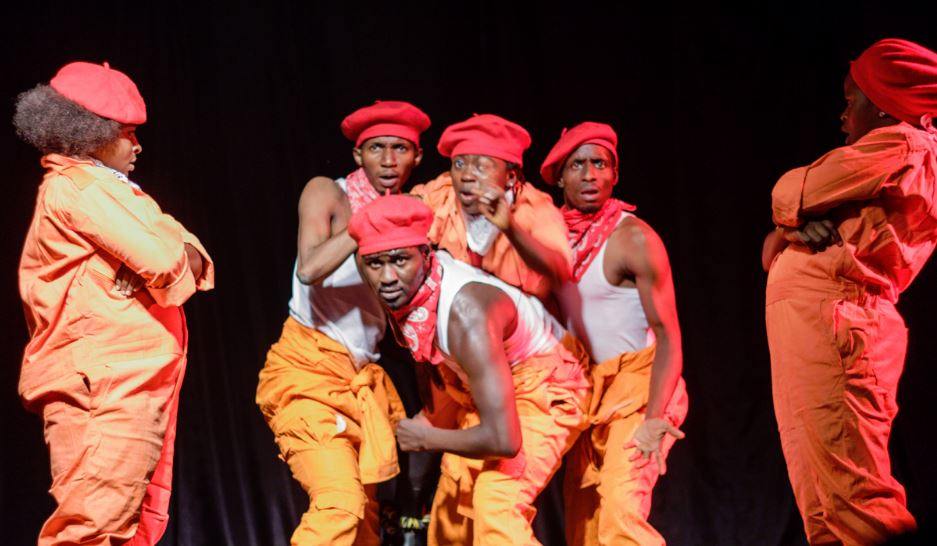 Nigerian theatre music is differentiated more by its use and context than by its type. Most of it is traditional ethnic music brought into the play without modification or adaptation. Like the dram itself, the use of music can be divided into two categories, namely, music as used in the operatic play and music as used in the literary play. In the operatic works, music is central and indispensable to the performance and is as much a medium of artisti realisation as the spoken word.

Thus, in a typical folk opera of Hubert Ogunda (Yoruba Ponu), Kola Ogunmola (Ornuti) or Duru Ladipo (Oba Koso), the music takes as much time and may convey more of the intended impression to the audience, as the spoken word. In the same way, Soyinka's Opera Wonyonsi, taking after Brecht's Three Penny Opera, has each of the nine scenes of the play laced with music, mostly song which express the very kernel of the action of the opera in a stage-by-stage manner.

In the literary drama, music is more sparingly used than in the operatic works, although its significance is not as a result necessarily diminished. is used to underscore important events or to serve as background against which certain actions are played. A good example is Rotimi's Ovonramwer Nogbaisi. In this play, which is about British invasion and subjugation of Benin, music (drumminc chanting, singing) is used about fifteen different times to proclaim the overall mood of events ter- whether of festival or wailing, to punctuate solemn events like the transfer of Benin military power to Ologbosere at the great crisis point, and also as war drumming and battle songs of the contending parties.

An extreme example of the use of music in literary drama is probably J.P. dark's Ozidi. Here music is used more than thirty times. In this highly and rituallsed play of murder, revenge and commune strife, featuring both human and superhuman actors, each of the main characters has his theme song which is played whenever he is engaged in battle. All these, together with processional and recessional songs, songs of praise and of lamentation, do, in fact, give the play an appearance more of an opera than of a regular literary drama.

CONCLUSION
Nigerian literature which had a modest beginning in the 1940s and 1950s, has in the past forty years, had a most rapid growth. Today, it is a thriving and luxuriant literature, and it has explored many areas of societal interest (political, social, metaphysical and ideological) with such maturity and artistic competence that it is sometimes difficult to believe that the literature is relatively young. When Soyinka won the Nobel prize in 1986, it was widely interpreted as the final validation of the literature which he had joined others to create. The literature is strong and growing daily by leaps an bounds and, in Achebe's words, it is morning yet on creation day.