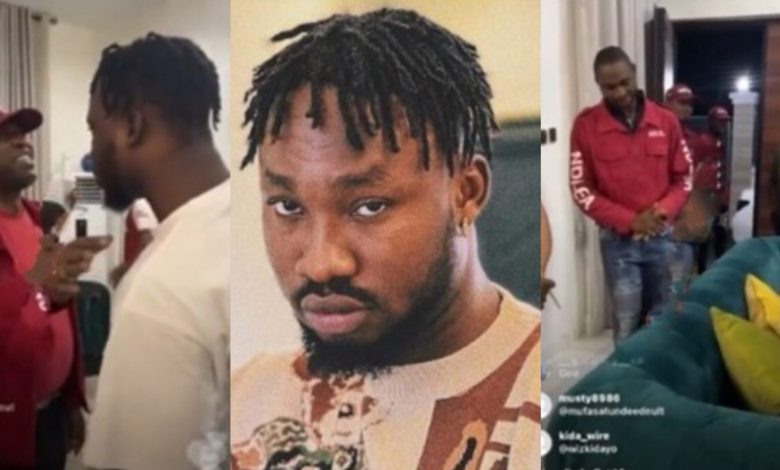 Sunday Martins, a comedian, was arrested by the National Drug Law Enforcement Agency after drugs were discovered at his home.

Martins, a Nigerian comedian known as De General, was apprehended by NDLEA agents at his Lagos home on Wednesday.

Officials were seen punching a comic in a viral video that went viral on Wednesday.

While taping the incident, the victim appeared to be challenging the NDLEA personnel for invading his home.

However, one of the officials had requested that he stop filming them, alleging that the comic had no right to do so.

The man, on the other hand, insisted on photographing the incident, prompting NDLEA personnel to beat him.

The comedian was arrested for drug-related issues, according to NDLEA spokesperson Femi Babafemi.

“He (Martins) was arrested because drugs were found in his house. A detailed statement will be issued shortly.”