The death of the actor was announced by the president of the Actors Guild of Nigeria AGN, Emeka Rollas. He shared the photo above on his page and wrote: ”Another Sad Day. RIP Daddy Sam”

He however did not disclose the cause of death. 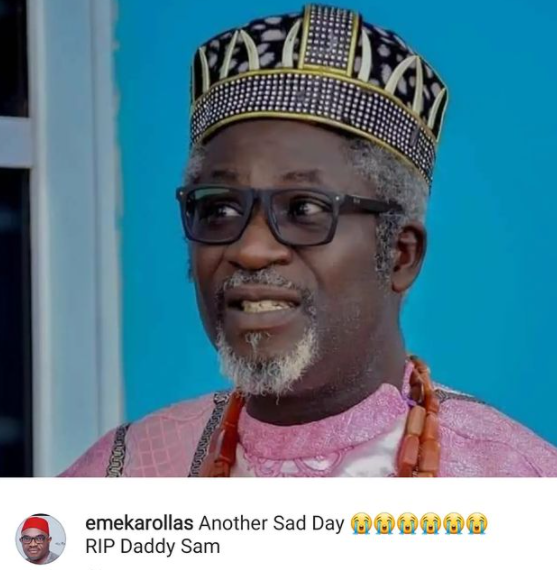 Nollywood actress, Destiny Etiko also took to her Instagram page to share a photo of the Nollywood star alongside a caption that depicts sorrow and mourning. 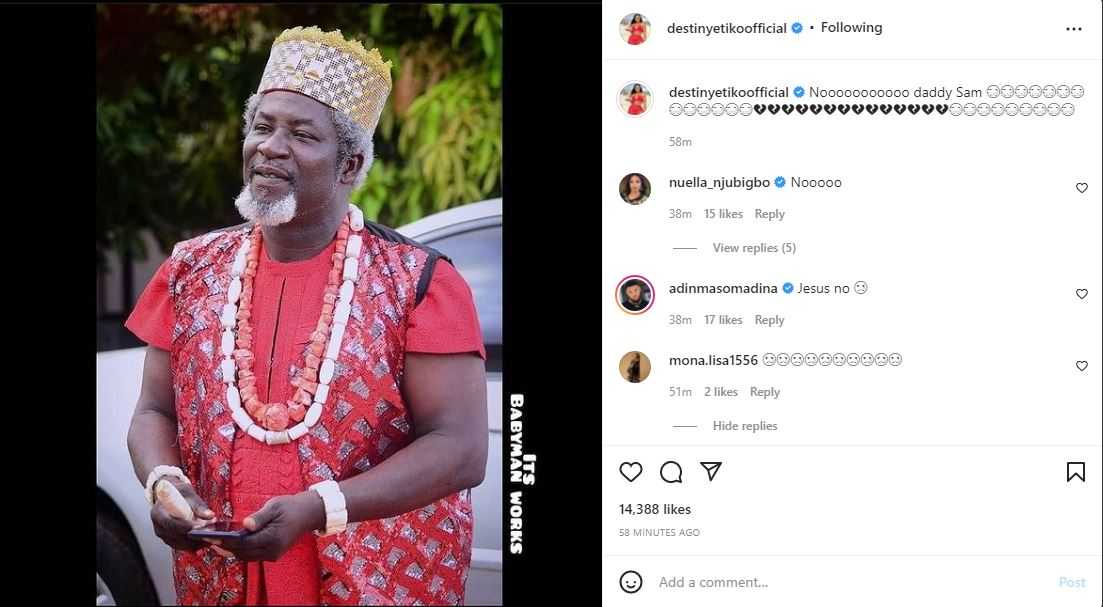 Sam Obiago during his active years was also a filmmaker, TV personality, and movie producer.

The actor has featured in lots of Nollywood movies.

Sam Obiago hails from Asaba, Delta State in the south southern part of Nigeria. Unfortunately, he has joined the list of actors who gave up the ghost in 2021.