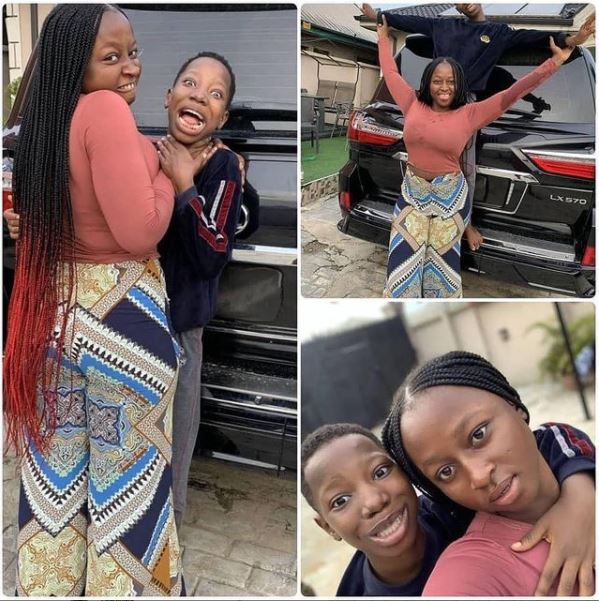 The young lady who caused huge controversy on social media when she gifted her mother a plush house in 2020 is in the news again. She has now copped a luxury car which is worth millions of Naira.

Being the star of the popular Mark Angel comedy series, Emmanuella said she used the proceeds from Youtube to acquire the house for her mother. We are confident the car is from the same source as the comedy series is one of the most-watched videos on the online video-sharing platform.

Not much is said about the car as she seem to keep it on the low.