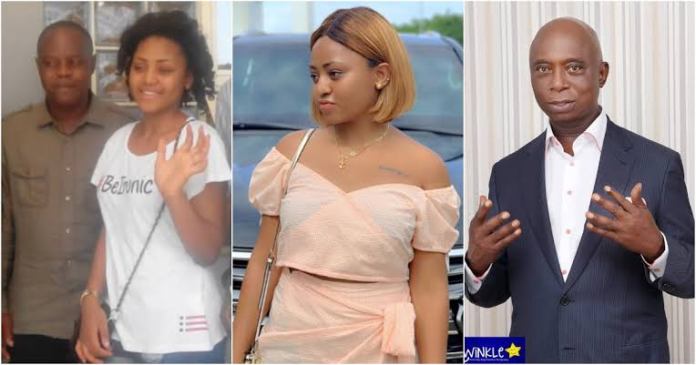 Barrister Jude Ojeogwu, the biological father of actress, Regina Daniels, has finally given his consent and has approved his daughter’s marriage to billionaire lawyer, Ned Nwoko.

Ojeogwu made this known while speaking to newsmen at the naming ceremony of his grandchild, Munir Neji Ned Nwoko which took place on Friday.

Newsdirect recalls the actress’ father kicked against his daughter’s marriage, stating that she is still young.

The aged man also claimed he wasn’t aware or invited to his daughter’s pre-nuptial rites.

It appears he has come to terms with the situation as he was also filmed carrying his grandchild while surrounded by his estranged wife and kids.