Geology: Ebonyi State lies mostly in the Ebonyi (Aboine) River Basin and the Cross River Plains. The area contains, two main geological for mations. From the east to the west and in terms of age and sequence of exposure, the formations are,The Asu River Group of the Albian Age (Lower Cretaceous) made up of shales, sandstones and siltstones.

Relief and Drainage: Ebonyi State lies in an area of moderate relief (between 125 and 245m above sealevel). The highest parts of the state are around Afikpo, with elevation of about 170m above sealevel. Sandstone ridges form the topographic highs.

Drainage is controlled by the Cross River and its tributaries, especially the Aboine drainage system. Areas of moderate relief are often characterised by an intermediate condition of erosion between the extremes in areas with high relief on one hand and low relief on the other hand where the underlying shales are easily eroded.

Ebonyi State experiences moderate sheet erosion, except in areas like Afikpo and lzzi where erosion is more pronounced.

The former has a brown loamy top horizon which overlies a reddish brown silty clay subsoil. It is moderately to imperfectly drained, with a moderately low natural fertility. With appropriate agrotechniques and regular application of fertiliser this soil can produce good yields of a wide variety of crops ranging from cassava to vegetables, plan tain and groundnut.

The sandy clay hydromorphic soils occur in lowlying areas where the soil is grey, fine loamy sand clay to clayey. In addition to poor fertility, strong acidity and of lack of nutrients, this soil suffers from poor drainage. Due to the excess of moisture, it is mostly suitable for rice cultivation. Ebonyi State falls within the rainforest and savannah belts of southeastern Nigeria.

The dominant vegetation is characterised by tree shrubs, with abundant palm trees particularly in the south ern and central zones of the state. Two main sea sons dominate the climate of the state. These are the rainy season, which usually begins in late April and ends in early October, and the dry season, which lasts from late November to early April. 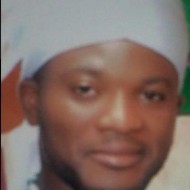