The Naira (₦) is the currency of Nigeria. Each Naira is equal to 100 Kobo. The Kobo is rarely used in Nigeria due to inflation. One US $1.00 is equal to about ₦470. Below are pictures of the ₦10, ₦20 and ₦50 notes.      ❯❯ Read History of Nigeria     ❯❯ Read About Nigerian Personalities 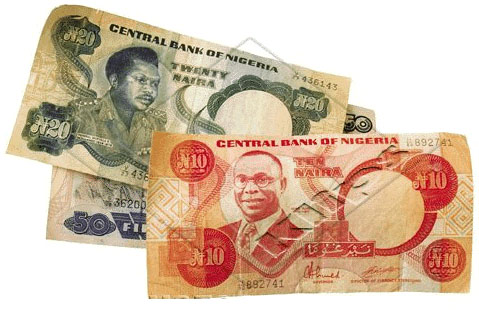 Most of the notes have pictures of notable Nigerians. General Murtala Muhammed is on the ₦20 and Alvan Ikoku is on the ₦10 note.

Introduced in 1973, the currency currently used in Nigeria is the Naira (₦) and Kobo. Prior to this, the country used Pounds as the legal tender. Naira has the sign ₦ ” while the kobo is signed ”K” . In 1973, the Naira note was introduced with the following Denominations – ?1, ?5 and ?10. Some notes were subsequently phased out, others redesigned and some new notes were introduced. President Goodluck Jonathan unveiled a new 100 Naira note on the 12th of November, 2014 to commemorate Nigeria’s 100 years of existence. In front, the new note has the same portrait of Chief Obafemi Awolowo as the existing note but has a new color scheme and increased security features, including “One Nigeria, Great Promise” in microprinting. On the back it features traditional dancers as well as a QR code which launches a website about Nigeria’s history when scanned.